A 1939 towboat from Minnesota makes the long journey to Dearborn County and into the National Register. 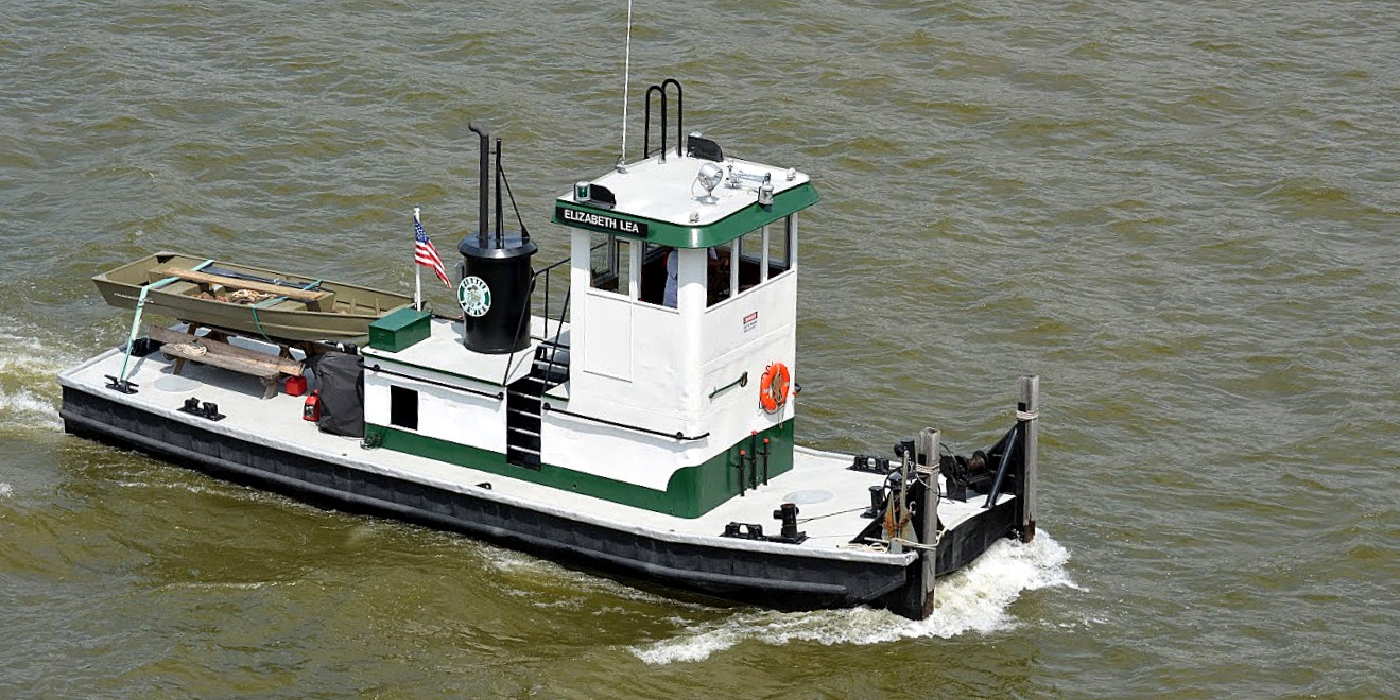 To admire Dearborn County’s newest National Register-listed landmark, you might need to develop sea legs. The Elizabeth Lea, a towboat constructed in 1939, recently earned listing on the merit of its engineering attributes and its contribution to maritime history.

Built in Minnesota and originally called Joseph Throckmorton, the 42-foot-long tug has a welded steel hull, an early example of all-steel welded hull construction. The pilot house perches at the top of the boat’s three decks. Welding marks are still visible from a midcentury modification, when the pilot house was raised four feet so pilots steering the tug could see over empty barges. Fully loaded barges sit down in the water, while empty ones float much higher.

The Elizabeth Lea is the last remaining of three identical tows used for 60 years to dredge the upper Mississippi, providing a deeper riverbed channel for increased river-based commerce and transportation from 1939-1989. 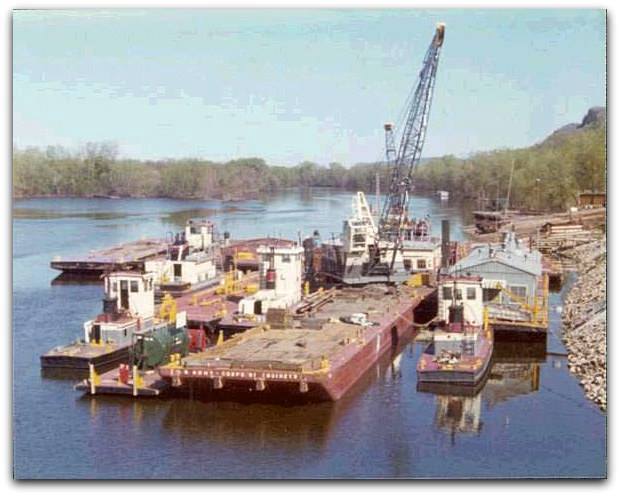 The boat also played the role of hero during the infamous Armistice Day Storm of November 11, 1940, when a surprise blizzard hit the Great Lakes region.

The day started with blues skies and mild temperatures. With businesses and schools closed in observance of Armistice Day, duck hunters hurried to sites along the Mississippi. The storm’s sudden high winds, heavy snow, and six-foot waves stranded hundreds of hunters, with their small skiffs and outboard motors, on islands up and down the river.

The crew of the Joseph Throckmorton, docked for the season at Fountain City, Wisconsin, sprang into action to help rescue efforts. In a storm that killed more than 150 people, the tow ran multiple trips to rescue marooned hunters.

The Richardson family—Aaron, Karen, Lily, Paul and Renee—acquired the boat in 2004 and embarked on a 10-year restoration that included relocating it from Missouri by land due to a gaping hole in the hull. Aaron renamed the vessel, using his wife’s and mother’s middle names. 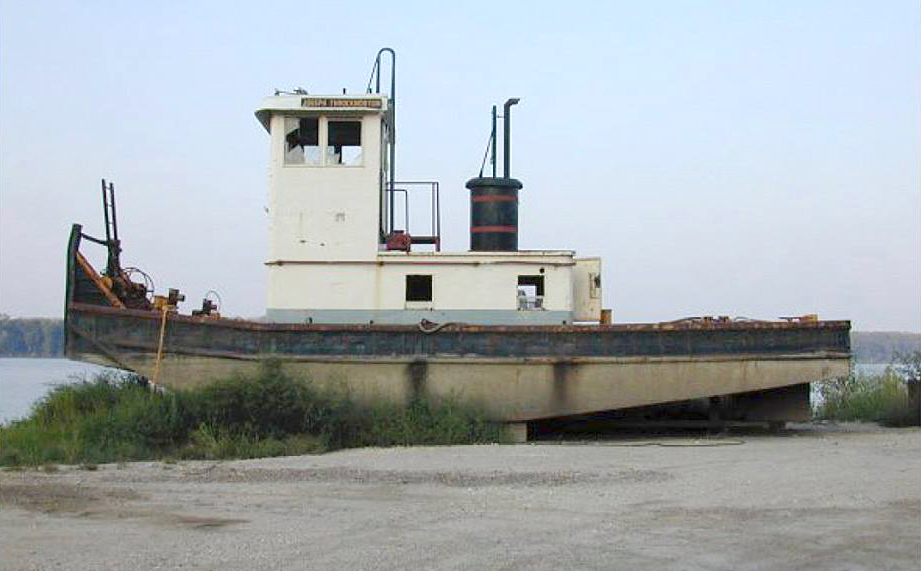 The tug is currently docked at Lighthouse Yacht Club on IN-56 between Aurora and Rising Sun. Once inspections are complete, the Richardson family plans to use the Elizabeth Leaas a traveling museum boat, conducting educational tours at festivals and special events in river towns in Indiana, Ohio, and Kentucky. Today the towboat retains the appearance she has had since the 1950s, though her original Corps of Engineers paint scheme has been changed to different colors for her life as a museum boat.